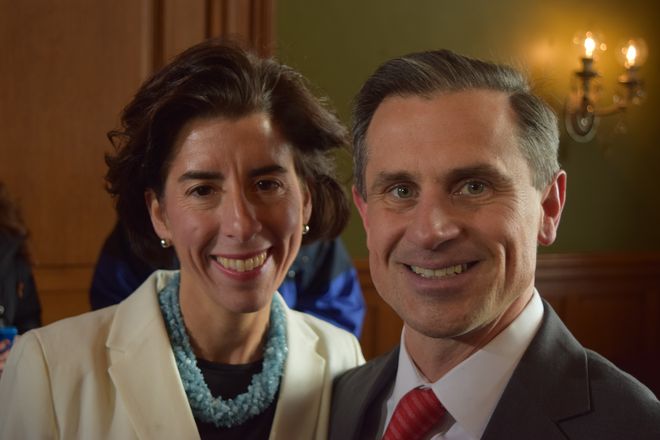 You may have seen some negative ads about me on TV lately — but what you may not have heard is that the money for those negative ads is coming from Donald Trump. Just two days ago, Donald Trump held a fundraiser in his Bedminster resort, funneling money straight into the Republican Governors Association, who are using it to pay for the attack ads against us.

My opponent, Mayor Allan Fung, tries to hide it but he’s a Trump candidate. Fung supported Trump’s candidacy during the 2016 elections and continues to support Trump now. And now we can see that that support goes the other way, too.

Click here and contribute $31 or as much as you can to stand up against Donald Trump’s influence in Rhode Island!

When President Trump attacked the women who have spoken out about Judge Kavanaugh’s alleged history of sexual assault, Mayor Fung was silent. When the President attacked health care, Mayor Fung couldn’t be found. And when the President sided with the NRA against doing anything to make our communities safer, Allan Fung said nothing. Even after the Parkland massacre, Allan Fung opposed any limitations on semi-automatic weapons. Can you contribute $31 or as much as you can right now to stand up for a better Rhode Island?

This email was sent to steven_palange@tlic.com. If you believe you received this message in error or wish to no longer receive email from us, click below to unsubscribe.

Paid for by Friends of Gina Raimondo

All Expense Paid! All the Time!